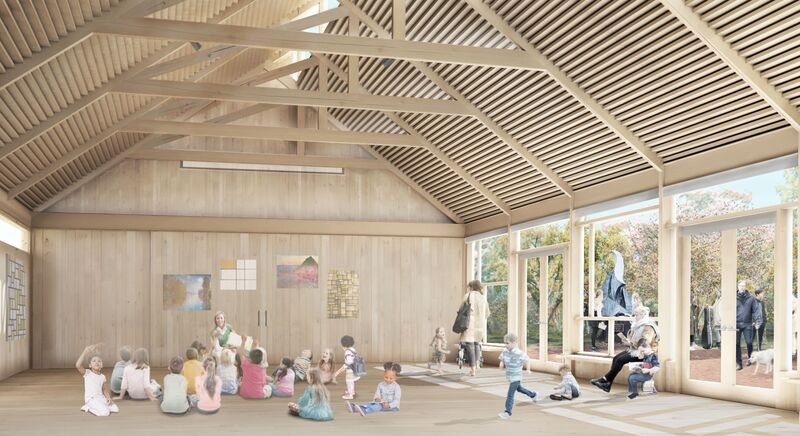 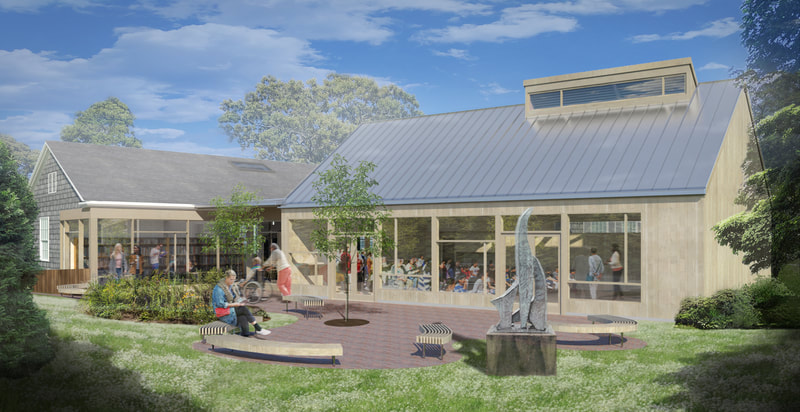 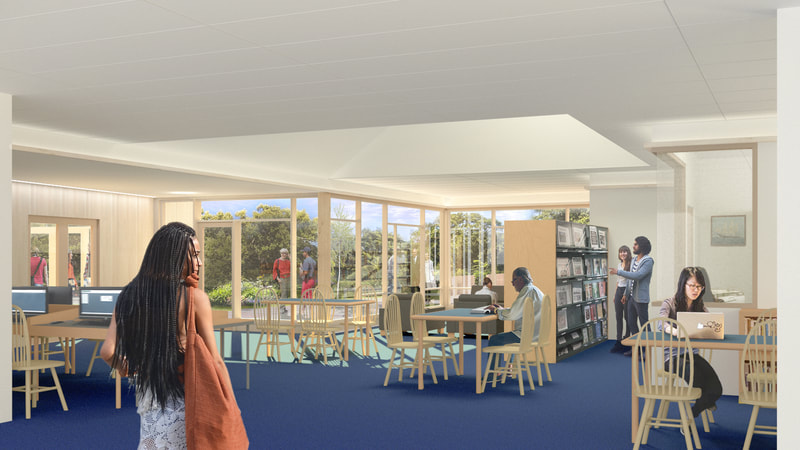 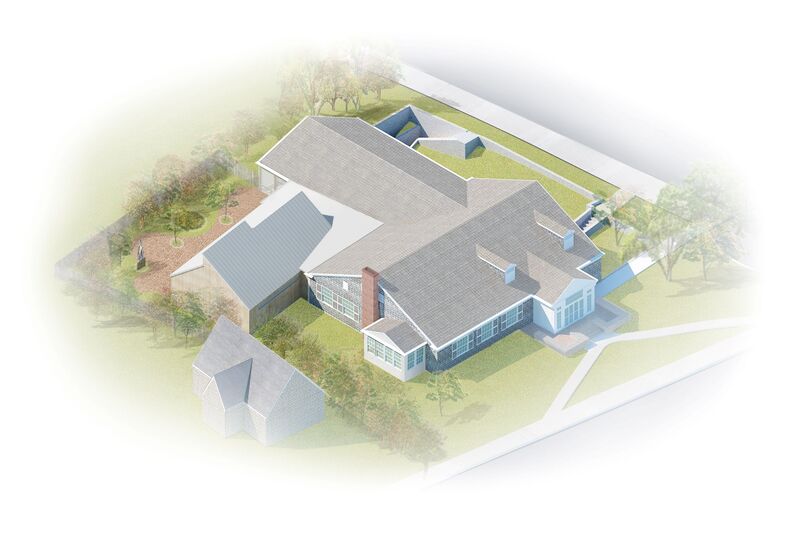 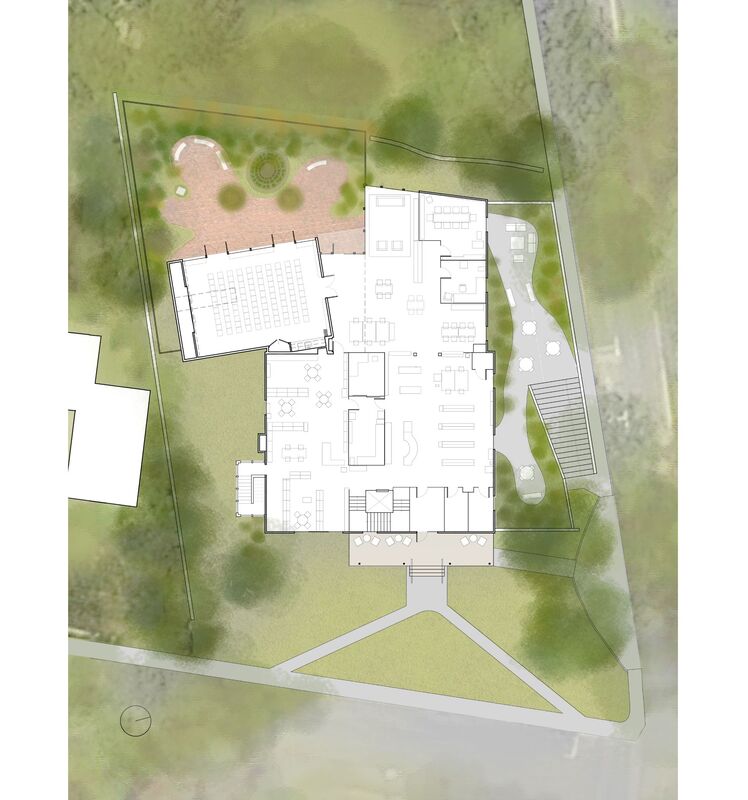 Cambridge-based Maryann Thompson Architects has been commissioned for the design of our project, bringing expertise in both architecture and landscape design with a distinguished portfolio of work on the Vineyard and greater New England.

The library has been at it current location since 1909, where it was rebuilt in 1967 and was expanded in 2000. Since 2007, attendance at community programs has increased by over 300%. Integrating seamlessly into the existing facility, the new multi-purpose meeting room makes optimal use of the site and existing garden.

Beginning in December of 2018, the architects, along with the Vineyard Haven Library Building Design & Construction Committee, conducted an extensive series of studies on the strengths and weaknesses of the existing facility and where a new event space addition could be located. After analyzing more than ten possible site plans for the addition, the rear courtyard location was deemed to embody the best combination of interconnectedness with the existing library interiors, cost-effectiveness, and appropriate relationship to the street and neighborhood. The design will take full advantage of its garden setting creating an inviting outdoor space which can be accessed with greater ease. This will include a new interpretation of the Margaret Webster Shakespeare Garden which was lost in the 2000 expansion.